Fix for Sqlpackage.exe no longer running for restoring Dynamics 365 databases

Quick tip to avoid wasting time as I sit here waiting on a database to restore at midnight because of having to troubleshoot this undocumented issue.

For the first time, after several restores throughout the past months, I ran into this issue in my D365 Azure hosted development environment for a client. 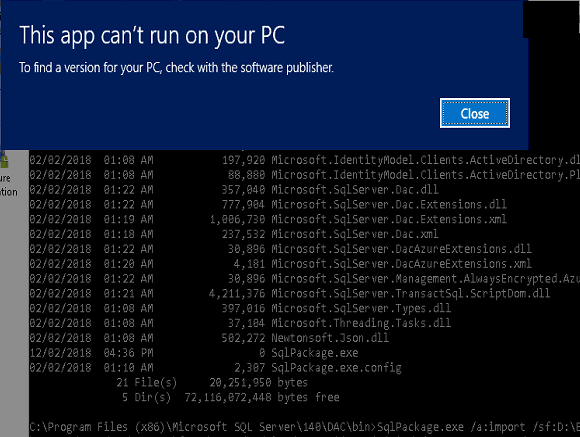 It says that the App cannot run on your PC but two weeks ago, I did an restore to the same development machine with Sqlpackage.exe and it worked just fine. Taking a guess, I thought that the problem may have been related to some update on the development machines that made a 32 bit architecture program incompatible with a 64 bit. So, I immediately decided to test it. I went to this link and downloaded the 64 bit version: 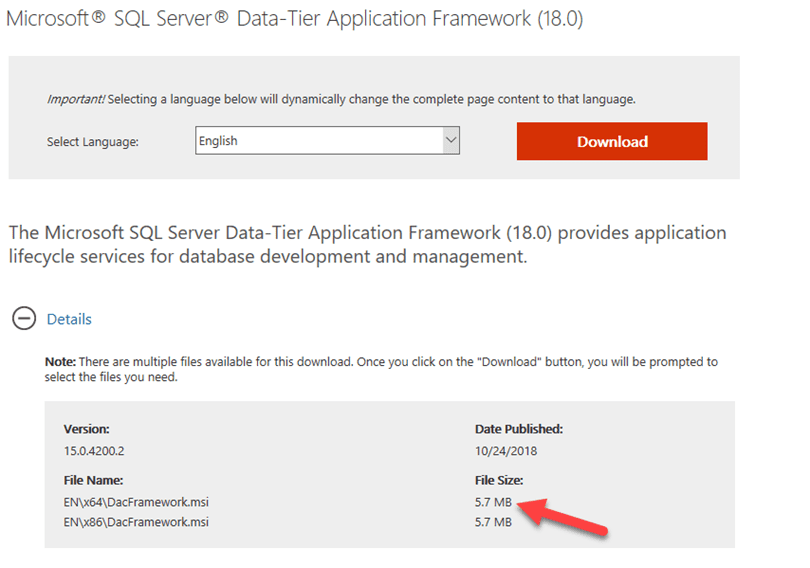 I was somewhat scared because the dynamics vm’s run SQL 2016 and this was for a later version, but that didn’t make a difference. It ran just fine and the sqlserverpackage.exe utility ran again. Now, I will be able to go to bed by 2AM (after it finishes) and get 4 hours of sleep which is better than an all-nighter.

Till next time and hope this helps to save someone time and result in plenty of rest. later..